A report by The Washington Post pointed out 4 mistakes the White House made:

– Misplaced trust in CDC for being able to develop a diagnostic test;

– Erroneous assessment of the outbreak and lagging weeks behind the curve;

BEIJING, April 19 (Xinhua) — The scope of the U.S. coronavirus crisis is staggering.

As of Sunday the country has reported over 735,000 confirmed cases and more than 16,000 deaths, according to the tally of Johns Hopkins University. The New York State alone turned up more cases than any other country except for the United States.

However, the immense scale also came as a shock to many, considering that the United States arguably leads in medical and biological fields and boasts a well-equipped and accomplished public health system. So what went wrong?

Maybe an investigation report recently published by The Washington Post could shed some light. Going back to the starting point, the report delved into the 70 days of “dysfunction and denial” as the United States nosedived into a full-fledged crisis ill-prepared and bewildered. 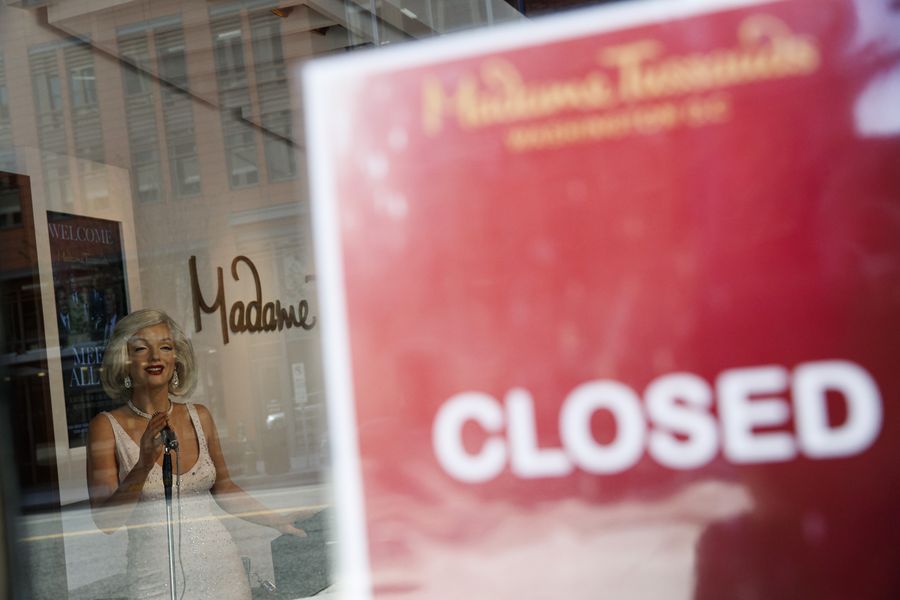 Madame Tussauds wax museum is closed amid the COVID-19 pandemic in Washington D.C., the United States, on April 16, 2020. (Photo by Ting Shen/Xinhua)

Finding the coronavirus crisis similar to 9/11, the article said the White House remained deaf to the nonstop warnings “until the enemy had already struck.”

After 47 interviews with officials, public health experts, intelligence officers, and others, the report said four major failures occurred over the first 70 days of the coronavirus crisis that now stands as “critical time that was squandered.”

First, the White House and its public health officials mistakenly placed their trust in the U.S. CDC for being able to develop a diagnostic test on its own.

The report noted that the CDC, notwithstanding its prominent place in global infectious disease control and prevention, was not built to “mass-product tests.” 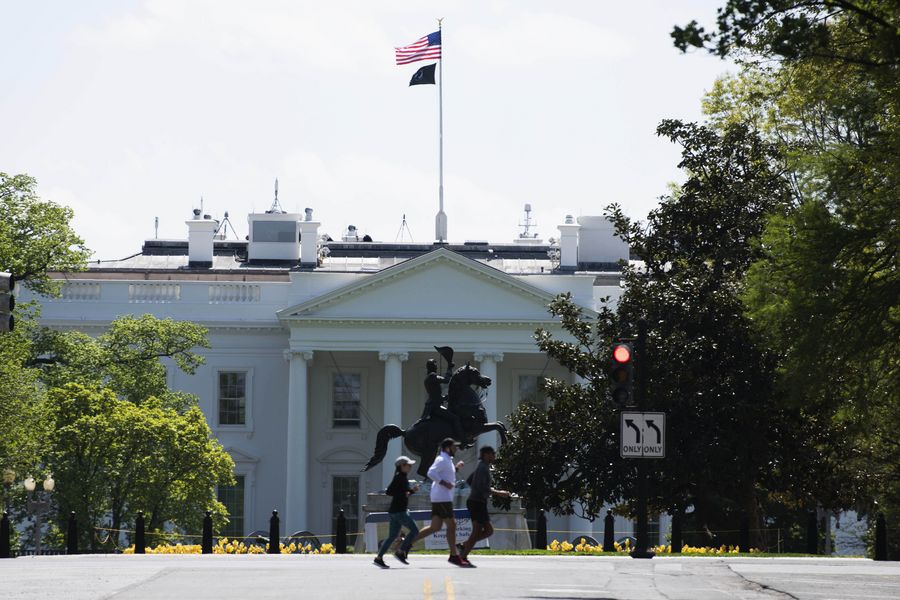 Moreover, its past success “had fostered an institutional arrogance,” which prevented the agency from recognizing its limits as well as the pressing need to enlist help from other institutions and agencies.

On February 6, when the World Health Organization shipped 250,000 test kits to labs around the world, “the CDC began distributing 90 kits to a smattering of state-run health labs.”

The scarcity of effective tests left top officials “largely blind to the true dimensions of the outbreak,” the report wrote.

Second, decision-makers made an erroneous assessment of the outbreak and on most occasions lagged weeks behind the curve.

Embroiled in an impeachment battle, the White House, wrote the report, was split between those who prioritized public health and those “determined to avoid any disruption in an election year to the run of expansion and employment growth.”

“Those backing the economy prevailed with the president,” wrote the report.

Over a month into the coronavirus crisis, President Donald Trump held 10 campaign rallies across the nation and visited his golf courses six times. At times, Trump talked far more about stock market than the spread of the virus. 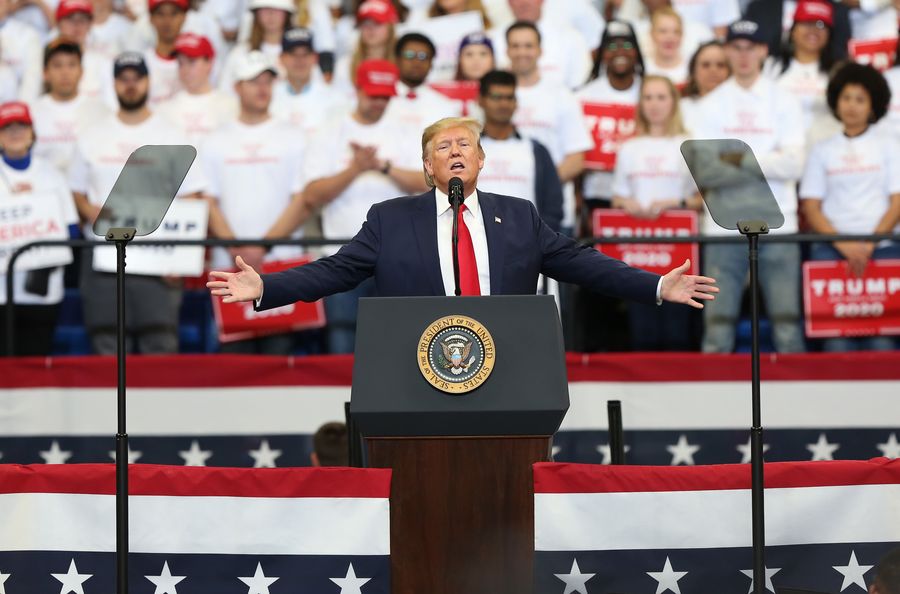 Even after his subordinates were growing alarmed, Trump continued to exhibit “little concern.”

“By April, you know, in theory, when it gets a little warmer, it miraculously goes away,” said Trump.

The third mistake is that the protracted argument between the White House and public health agencies over funding let the narrow window of a timely response slip away.

In late January and early February, officials at the Department of Health and Human Services (HHS) sent letters to the White House asking to “use its transfer authority to shift 136 million dollars of department funds into pools that could be tapped for combating the coronavirus” but they were turned down.

The White House argued that appropriating so much money when there were only so few cases in the United States would be “viewed as alarmist.”

A few days later, the White House budget team again struck down a 4-billion-dollar supplement request from the HHS, denouncing the sum was an outrage. The White House only relented weeks later when the possibility of a national outbreak became much more substantial, granting the HHS 2.5 billion dollars. 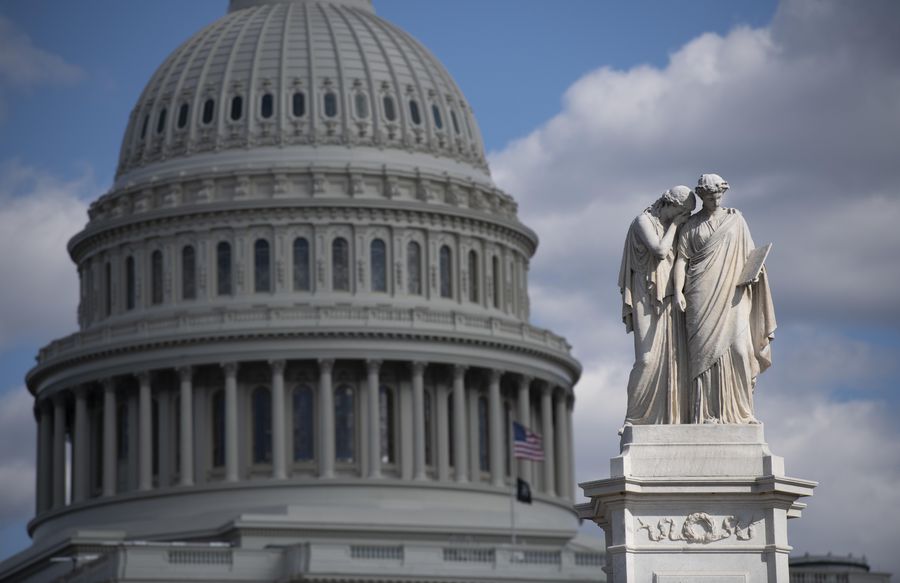 The report noted that Trump spent many weeks “shuffling responsibilities for leading his administration’s response to the crisis” and eventually turned to people with “no credentials, experience or discernible insight in navigating a pandemic.”

“Foremost among them was his adviser and son-in-law, Jared Kushner,” the report wrote.

Kushner launched several ineffectual initiatives that not only failed to deliver on the promises but also “interrupted the work of those under immense pressure to manage the U.S. response.”

To conclude the investigation, The Washington Post said: “beyond the suffering in store for thousands of victims and their families, the outcome has altered the international standing of the United States, damaging and diminishing its reputation as a global leader in times of extraordinary adversity.”■