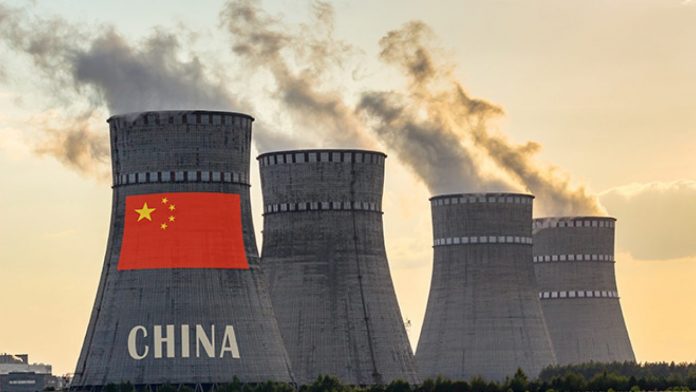 BEIJING, Jan. 31 (Xinhua) — China will further promote international cooperation on the peaceful use of nuclear energy, sharing technologies from its new third-generation reactor, which has just gone into commercial use, according to a senior expert on Sunday.

The No. 5 unit in the city of Fuqing, in east China’s Fujian Province, China’s first nuclear power unit using Hualong One, a domestically designed third-generation reactor, began generating electricity for sale on Saturday.

“We are willing to provide to other countries worldwide with the Hualong technology, including main components, personnel training, as well as our experiences in global cooperation,” said Xing Ji, chief designer of Hualong One, in an exclusive interview with Xinhua.

“We also expect wider cooperation with other countries in developing new technologies on nuclear energy,” said Xing, who is also chief engineer of the China Nuclear Power Engineering Corporation.

China has actively participated in international organizations in the field of nuclear energy, such as the International Atomic Energy Agency, to promote international technological exchanges.

It also plays a significant role in ITER, the world’s largest nuclear fusion experiment, and works with other countries to tackle challenges in this regard.

Boasting 716 national patents and 65 international ones, over 200 overseas trademarks, and 125 software copyrights, Hualong One is China’s homegrown model of the safer and more efficient third-generation reactor.

Safety is usually a massive concern for nuclear plants, only sharpened by Japan’s 2011 Fukushima disaster. Hualong One has a designed life of 60 years and meets the strictest safety standards in the world.

Hualong One’s reactor core contains 177 fuel assemblies. The design can increase the unit’s power while making it safer, according to Xing.

The Hualong One is designed to resist damage from the equivalent of a 9-magnitude earthquake or an aircraft impact, Xing said.

It can avoid nuclear leakages and quickly restart operations, even in extreme circumstances like those of Fukushima, where an earthquake was coupled with a tsunami.

China has vowed to peak its carbon dioxide emissions by 2030 and achieve carbon neutrality by 2060. Xing believed that these goals call for much more reliance on low-carbon alternatives like nuclear power.

The No. 5 unit will likely generate nearly 10 billion kWh of electricity each year, potentially reducing carbon dioxide emissions by 8.16 million tonnes in annual terms, according to the China National Nuclear Corporation data.

Hualong One has also extended the refueling interval to 18 months, making it more cost-effective, according to Xing.

He also mentioned that China has achieved fruitful results in the research of fourth-generation nuclear-energy technology for commercial use. It has made breakthroughs in the technologies of fast neutron reactors and high-temperature gas-cooled reactors. Enditem