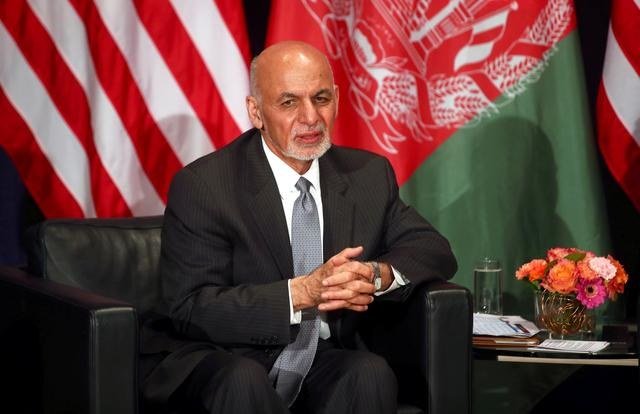 Former Afghan President Ashraf Ghani has been barred from continuing political activities from exile, with the host country, the United Arab Emirates (UAE), also putting the same restriction on officials who fled Afghanistan during the chaotic United States troops withdrawal and power shift.

Ahmadullah Wasiq, the Taliban’s deputy spokesperson, said Sunday that the UAE implemented bans on Ghani, who settled in Dubai after the Taliban’s takeover of Afghanistan, and other Afghan officials, living in exile, preventing them from playing any role on the political stage of their home country.

Wasiq said in a Twitter post that Ghani’s former National Security Adviser Hamdullah Mohib and the Governor of Balikh province Atta Muhammad Noor were also on the list.

“The UAE has banned all officials in Ashraf Ghani’s administration living in Dubai and other cities. This restriction includes Ashraf Ghani, Atta Noor and Mohib,” he wrote. Abu Dhabi did not confirm the report or provide any comments on this matter.

The latest move to ban Ghani from engaging in Afghan politics came after reports that the Taliban and UAE had held secret talks, during which Abu Dhabi reportedly also announced its desire to run the Kabul Hamid Karzai International Airport.

UAE officials have held a series of discussions with the group in recent weeks to discuss the operating of the airport that serves as landlocked Afghanistan’s main air link to the world, the foreign diplomats based in the Gulf region told Reuters. Several foreign diplomats revealed that the Emiratis are seeking more influence in Afghanistan, relegating to second place Qatar and Turkey, who currently provide security at the airport and control it.

The Qataris, along with Turkey, are helping to manage the Kabul airport, playing an important role in the evacuation process following the chaotic withdrawal of the U.S. forces in August, and have said they are ready to take over the operations. However, according to four diplomats, the Taliban has yet to strike a deal with Qatar formally.

Following the Taliban’s blitz seizure of Afghanistan, Ghani fled the country on the same day the group entered Kabul as it headed to the Presidential Palace to negotiate power shift with the West-backed government. According to the Russian Embassy in Kabul, the former leader was accompanied by “cars and a helicopter” full of cash. The reports of Ghani escaping the Taliban in Dubai broke out, sparking widespread condemnation.

Later on, Ghani apologized to all Afghani population, lamenting, “I could not make it end differently.” In a statement on Twitter, Ghani asserted that he left the country to “save Kabul and her 6 million citizens.”

“I left at the urging of the palace security who advised me that to remain risked setting off the same horrific street-to-street fighting the city had suffered during the Civil War of the 1990s,” Ghani said. “It was never my intent to abandon the people.”

He also denied claims that he had left Afghanistan with approximately $169 million.