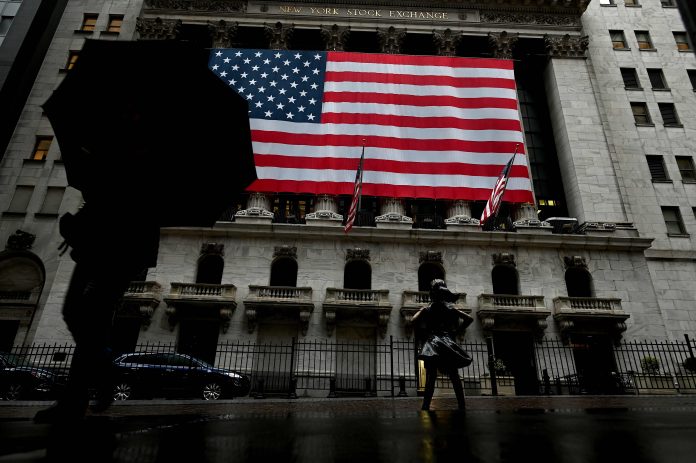 In historical terms, we are currently experiencing the largest humanitarian crisis since World War II as the novel coronavirus sweeps the globe. As a consequence of this intense rupture, it will be impossible for the global system to remain the same. In fact, the pandemic urges a questioning of conceptions that form the fundamental beliefs of countless individuals, companies, governments and global institutions. The current situation is the toughest economic and political test in the history of neoliberal market capitalism.

Coming to terms with the pandemic will require a questioning of the cost-benefit and cost-profit relationships upon which our political understandings are based. The leading economies of the world – especially in Anglo-Saxon polities such as the U.S. and Britain, which exhibition the starkest examples of capitalism gone wild – will put the heaviest burden on their citizens, with poor health services and slow-running systems.

China, meanwhile, has no cause for complacency here either. Similarly, the success of the communist, authoritarian state at delivering fully functional state capitalism should not be considered a source of pride. China’s culpability in all this is enough to merit lawsuits on a global level.

The understanding that says an outdated, authoritarian approach must be taken to guide an epidemic, with citizens who shared news of the epidemic being arrested from October until January, belongs in the trash can of history. Authorities will not escape the consequences of having tried to cover up the virus just for having later imposed authoritarian methods and sent aid campaigns beaming across the world via their global e-commerce brands.

Similarly, neither should the U.S. strut around as if it were the greatest protector of the concepts called democracy, human rights and freedom. Over the past century, we have all grown sick of the conventional, chemical, biological and nuclear weapons race spearheaded by the U.K., the U.S., Germany, France and Japan, who are also the main representatives of capitalism. This fueled the authoritarian-statist management model taken by Russia and later aped by China in its rush to catch up with the same deadly race that will destroy humanity.

The coronavirus outbreak has revealed the out-of-control nature of capitalism in full.

A heavy responsibility falls on the European Union as the institution uniting Germany, France and Italy, and makes one stop and think of what this rampant form of capitalism has unleashed on the world. The world’s leading countries are faced with the gravest test in terms of combatting global hunger, global migrations, refugee waves, regional wars, increasing deaths, global outbreaks and growing terror. The global virus outbreak will change our lives in a way that is impossible to return back from. If capitalism does not take a history lesson from the crises that have all come to a head, it will disappear. States and societies, on the other hand, will imbibe the lessons they take away from the crisis, with the potential to forge a new future. In Turkey, once again, we will surely emerge from this test of humanity unscathed.

All countries that were at first cold and ignorant to the growing coronavirus epidemic are now suffering the hardest and most difficult period of their history in terms of the coordination of the country’s health system and crisis management. In Turkey, having experienced so many terrorist attacks, earthquakes and other natural disasters, not to mention treacherous takeovers and attempted coups over the last 45 years (and that’s leaving out the various financial crises the country has faced), we have proved time and again that we are perhaps one of the most prepared countries when it comes to a globalized virus epidemic. It pays to note President Recep Tayyip Erdogan’s circular on preparation, vigilance and action-planning against global virus outbreaks at both a national and provincial level has been in publication since April 12, 2019.

The goal is plain and clear. Turkey is in a relentless fight to get the coronavirus outbreak under control by the end of April. At this point, where all the basic rules of unity have been broken, all countries, especially the European Union, have sealed the attitude that, from now on, “no one will be trusted” in the case of a global crisis affecting national health and well-being. Therefore, the follow up to the crisis is likely to see countries sign off pledges to create special funds for times of severe emergency, to form crisis management teams at a national and local level, and more importantly, to instill measures to ensure they can stand on their own two feet in terms of health care, defense, computing and energy.

Therefore, similar to how Turkey has brought its national defense to a point where it can depend on national and local resources for the first time following the arms embargo placed on the country following the Cyprus crisis of the 1970s, step by step, by expanding local and national investment we can rapidly get to work on repeating the same process in health care, informatics and energy. To put it simply, no country will ever want to experience the same weaknesses in the face of such an overwhelming global crisis.