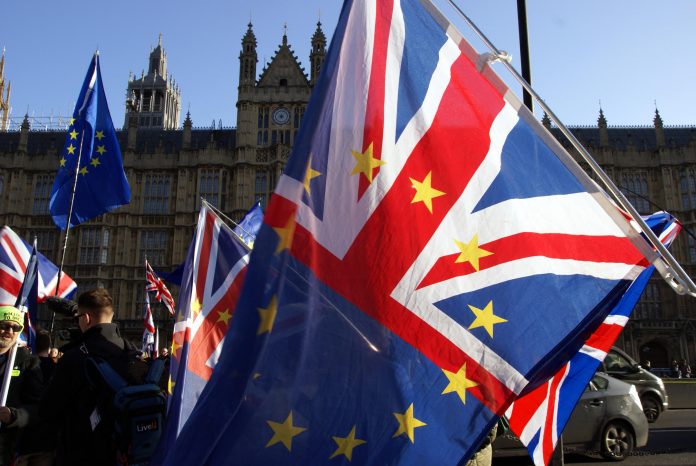 LONDON, Sept. 3 (Xinhua) — Rebel Tory members of the British parliament are poised to join their colleagues from opposition Labour to bring forward a bill later Tuesday in a bid to stop Britain leaving the European Union on Oct. 31 without an agreement.

The bill will be tabled as the parliament resumes after summer recess amid threats by British Prime Minister Boris Johnson to call a snap election.

Johnson faces a showdown in the parliament in the pivotal week as members of parliament aim to take control of the agenda to stop a no-deal Brexit, observers here said.

Downing Street has warned the prime minister would push for a general election on Oct. 14 if members of parliament successfully vote to block a no-deal Brexit.

But to trigger an election, Johnson would need the backing of two-thirds of members of parliament, including some opposition legislators.

The next general election is not due until 2022.

Former British Chancellor Philip Hammond said Tuesday that he believes Tory rebels will back the bill, and he vowed to fight deselection, threatened by Johnson as he called on Tory members of parliament to support him on Brexit or get kicked out of the party.

Labour leader Jeremy Corbyn said he is ready to go to the polls, but some in his party are suggesting otherwise.

Johnson has insisted Britain must leave the European Union on Oct. 31, with or without a deal.

“I want everybody to know — there are no circumstances in which I will ask Brussels to delay,” the prime minister said Monday outside 10 Downing Street. “We are leaving on 31 October, no ifs or buts.”