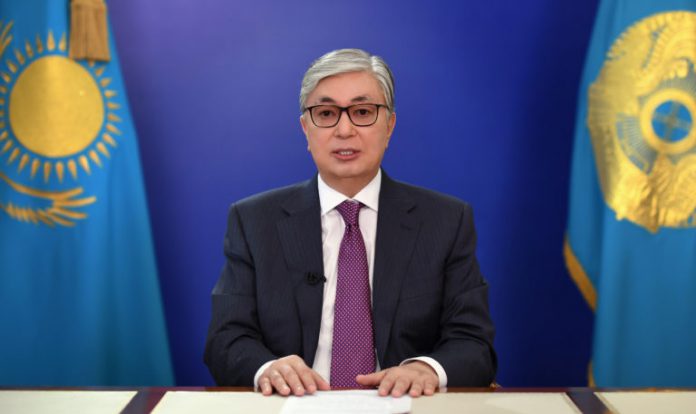 (Kazakhstan – Nur – Sultan):  Kazakhstan President Kassym-Jomart Tokayev set the date for the early presidential election for June 9, 2019 as he said the vote was “absolutely needed” to ensure “continuity, predictability and stability” at the time of political transition and “to remove any uncertainty.”

In a televised address broadcast on all national television channels at 1 pm on April 9, Tokayev said: “Kazakhstan took a worthy place in international community… We are living through historical transition… Following my trips around the country… my conclusion is we are moving in the right direction… The early presidential election is absolutely necessary. In order to ensure continuity, predictability, stability… the election is necessary… Only direct election can ensure the reaching of our goals…”

“Kazakhstan is a democratic state. And the President will be elected according to the will of the people. As the current head of state, I guarantee that the election will be held in a fair and transparent way. This is my principled position,” Tokayev stressed.

Tokayev became the President of Kazakhstan on March 20 following the surprise resignation of President Nursultan Nazarbayev after almost 30 years at the helm. Nazarbayev remains the chairman of the Security Council and the leader of the ruling Nur Otan political party.

In his remarks, Tokayev said that in taking the decision to call for the early election he consulted with Nazarbayev, too.

Kazakhstan’s Central Election Commission is to organize the election, outlining schedule for nomination/registration of candidates etc.